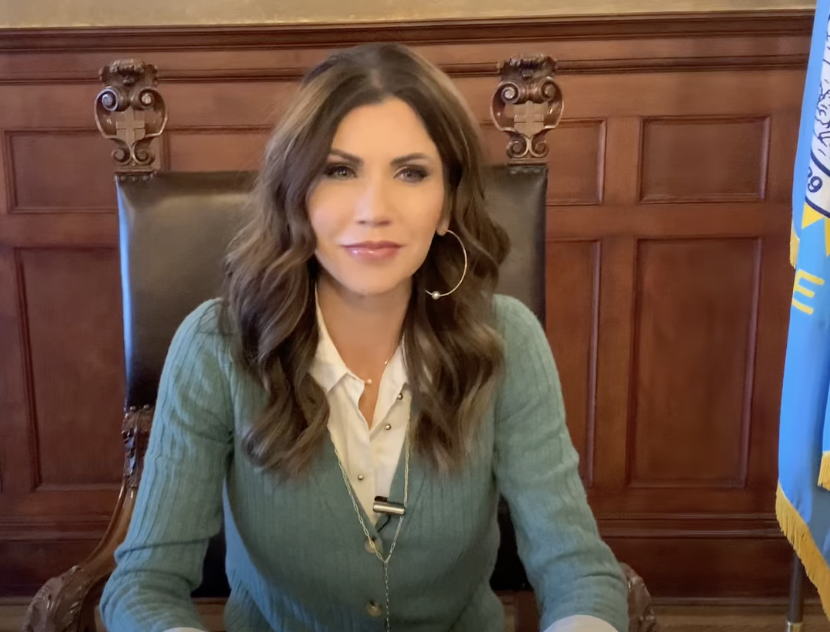 Kristi Noem by N/A is licensed under YouTube N/A
While passing Constitutional Carry is a good thing, there’s a lot of other gun control measures that have to be rolled back.

In 2019, South Dakota passed Constitutional Carry during a year that Oklahoma and Kentucky passed said legislation.

South Dakota is not stopping with Constitutional Carry. According to a report by the NRA-ILA, South Dakota Governor Kristi Noem signed three pro-Second Amendment bills that bolster the right to self-defense in the state last week. These measures are set to go into effect on July 1, 2022.

Senate Bill 195 strengthens the state’s current Stand Your Ground law. It does so by mandating that the party aiming to overturn the immunity that the law establishes assumes the burden of proof. Under these circumstances, this party must provide clear and convincing evidence.

House Bill 1162 provides an update to the definition of what constitutes a “loaded firearm” per South Dakota law. Under this updated definition of “loaded firearm”, a firearm is only loaded in the case that a round is chambered. This update allows for more convenient methods of storing firearms in an “unloaded” manner, while still maintaining usefulness in defensive gun use cases when second count.

Senate Bill 212 lowers the costs of South Dakota carry permits to $0. Under SB 212, individuals who desire to take advantage of South Dakota’s reciprocity agreements can now do so without having to pay a de facto tax on their right to bear arms.

Governor Noem should be praised for such moves. South Dakota is already a strong pro-Second Amendment state as evidenced by its 11th place ranking for AZ Defenders’ the best states for responsible gun owners. This is the kind of mindset governors should have after passing Constitutional Carry.

The fight for restoring gun rights is never over. Any serious pro-gun elected official would be working to roll back all gun control legislation on the books. Complacency is not an option in this fight.