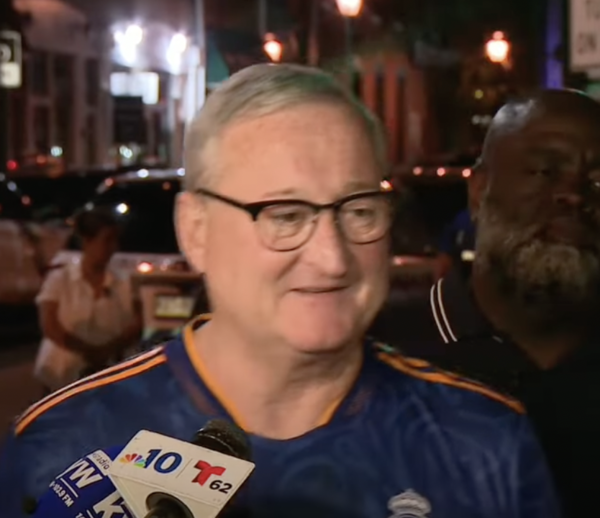 Philadelphia Murder by N/A is licensed under YouTube N/A
This author has long argued that the current gun control battles we face feature a massive class component. Specifically, it involves high-income, professional managerial elites trashing working class Americans who believe in American traditions such as the right to bear arms.

This is part of the growing polarization that we see unfolding nationwide. And it usually manifests itself in how urban and rural areas vote for candidates and the policies these respective constituencies support as Tom Knighton observed.

Urban politicians, in particular, are adamantly anti-gun. In a statement he made at the end of last month, Philadelphia Mayor Jim Kenney showed his elitist colors.

During an interview with NBC10/Telemundo 62 on August 31, Kenney described Pennsylvania as a “backward state” because of its lack of gun control laws. In addition, he said that the state legislature does not care about the well-being of Pennsylvanians.
He made the comments following a shooting that took place at a school in the early hours of August 31.

“We’re not gonna get gun control in Pennsylvania. This is a backward state whose Legislature for the most part doesn’t care about the health and welfare of its citizens,” Kenney declared.

Pennsylvania is a peculiar state. It has become more competitive in recent years due to the working class voter  realignment taking place in the Midwest. Pennsylvania has a Democrat (Tom Wolf) in the governor’s mansion while Republicans hold solid majorities in the State Senate (28-21) and  State House (113-89). Pennsylvania’s divided state government has prevented the passage of a lot of gun control laws much to the dismay of Gun Control Inc.

Philadelphia has recently been experiencing a nasty crime wave in the past year. According to figures from the Philadelphia Police Department, at least 374 killings have occured in 2022 as of September 8. This marks a 3% year-to-date increase for this timeframe.

The bulk of those killings consisted of incidents involving firearms. Per statistics from the city controller’s office, there were 349 shooting deaths as of September 8.

Philadelphia has built a nasty reputation in recent years for its soft-on-crime policies that its Soros-funded District Attorney Larry Krasner has pursued. Unsurprisingly, it’s breaking previously set homicide records. Mayor Kenney should start focusing on overhauling his city’s criminal justice policies instead of pursuing gun control or demonizing gun culture. At some point, progressive city officials must start taking ownership for the disastrous social outcomes their public policies have created.