NRA is a NO-SHOW for Major Gun Control Hearing 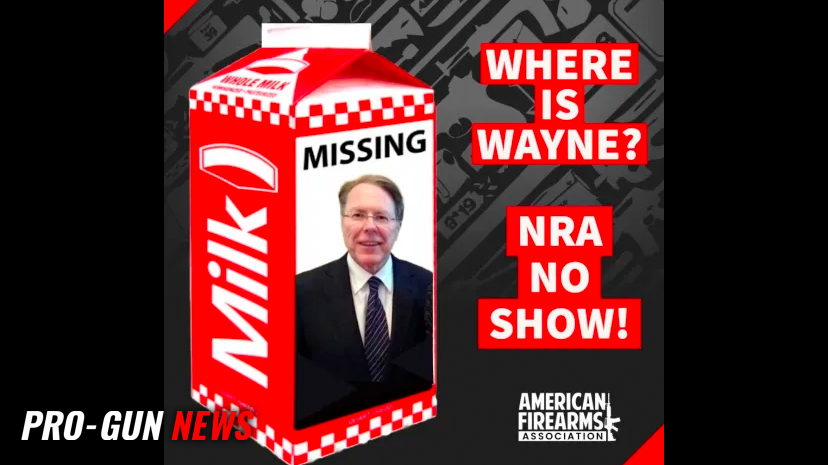 Despite being flush with tens of millions of dollars donated by gun owners assuming it would be used to defend their Second Amendment rights, the National Rifle Association was a no-show at the recent gun control hearing in front of the House Judiciary Committee.

It was at this very hearing that Democrats rammed through H.R. 7910. If passed into law, H.R. 7910 would cripple the Second Amendment. The proposal would make it illegal to purchase most semi-automatic firearms until you are 21, ban the sale of all magazines holding more than 10 round, and mandate that you lock up your guns 24/7, among other tyrannical measures.

Most gun owners would assume that the NRA would be there. But the reality is that the NRA does little to actually protect your rights, and often work in opposition, like when they supported the creation of the NICS gun registry (which they openly brag about!)

Thankfully there was one gun rights group present for the hearing.

Parsons, previously the head of Georgia Gun Owners, is most recently known for serving as Chief of Staff to Congresswoman Marjorie Taylor Greene.

He responded to their no-show after the hearing.

“Gun owners have become all too accustomed to the NRA hiding out when the big gun control fights come,” Parsons said. “While grassroots Second Amendment activists fight back to protect our gun rights, Wayne LaPierre is missing, with his finger in the air trying to judge which way the winds are blowing.”

He continued: “But we know exactly where the NRA is: They’re working behind the scenes to cut a gun control deal on “Red Flag Gun Confiscation” just like they did on the bump stock ban and FIX NICS in years past. Because of their betrayal of gun owners for decades now, it’s widely known across the gun rights community that the biggest supporter of gun control in America is the NRA.”

MONSTER gun control hearing in the House Judiciary Committee today in DC, & committee member @RepMattGaetz is helping fight back in defense of the #2A! AFA's Patrick Parsons spoke w/Rep. Gaetz moments ago with the latest update:#ShallNotBeInfringed pic.twitter.com/3DQpBaSGI6

The American Firearms Association has been flooding Congress with emails, calls, texts, and petitions in opposition to all gun control proposals.

To learn more about them, you can check out their site by clicking here.