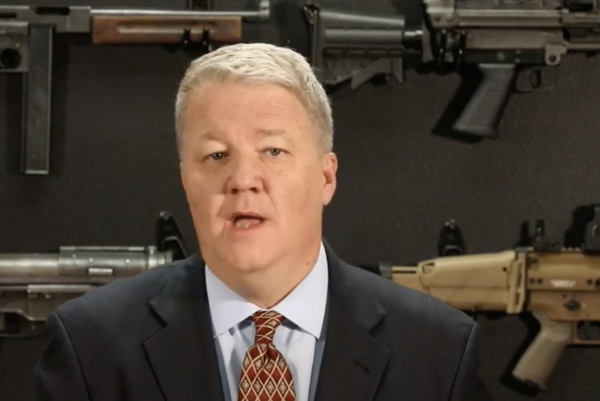 NAGR Lawsuit by N/A is licensed under YouTube N/A
There aren’t many organizations that can be counted on to defend the right to bear arms at all levels of government, much less from a no compromise perspective.

The National Association for Gun Rights has helped fill this niche in a spectacular fashion.

These lawsuits were filed in the following Federal District courts:

NAGR and its Colorado affiliate Rocky Mountain Gun Owners (RMGO) filed a case in the Tenth Circuit against the state of Colorado in August.

“States have been ignoring the Second Amendment and the Heller and McDonald decisions for far too long – and law-abiding gun owners are sick and tired of their unconstitutional antics, which disarm millions of Americans,” declared Dudley Brown, President of the National Association for Gun Rights. “In light of the Bruen decision and the success we’ve had in suing localities in Colorado, we’re going after every Federal Circuit Court which has upheld egregious firearms bans. They must immediately overturn their ‘assault weapons’ and magazine bans– and our suits argue just that.”

These lawsuits come in the wake of existing legal efforts RMGO is pursuing against multiple local jurisdictions.

“Our mission has always been to expand pro-gun precedents and defend gun owners,” proclaimed Hannah Hill, Research and Policy Director for the National Foundation for Gun Rights, the legal defense arm of the National Association for Gun Rights. “The brilliant decision from Justice Thomas this summer has provided us with the ammo to free millions of law-abiding Americans who are being unjustly denied their gun rights.”

Should NAGR succeed in its cases, it will then push to overturn these gun grabs and set a precedent nationwide that would end similar bans on firearms and magazines that millions of law-abiding Americans use on a daily basis.

“We are simply asking for the courts to enforce the Supreme Court’s pro-gun Bruen ruling by re-evaluating and striking down each of these gun control laws under the new national standard which outlaws gun controls that are not consistent with the ‘text, history, tradition of the Second Amendment’ as required in the Bruen decision,” Brown said in a concluding remark.

The lawsuits can be viewed here.

This author wishes NAGR all the best. They’re going to need it. These cases demonstrate that when legislative means fail, litigation is a legitimate option for people in blue states to have their Second Amendment rights restored. That's the beauty of the American system. It has multiple branches of government where people can have their voices heard and their policy preferences enacted.

Americans have a unique set of political rights here and they should not let these mechanisms go to waste.