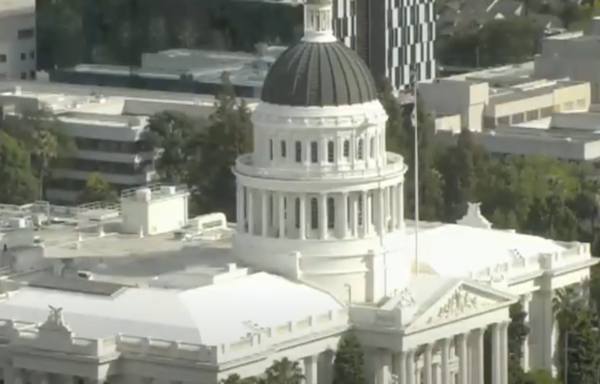 California State Legislature by N/A is licensed under YouTube N/A
Last month in California, Gun Control Inc. took several Ls on the gun control front. California is one of the most anti-gun states in the nation. Per Guns & Ammo magazine’s rankings for most gun-friendly states, California is ranked in 47th place. Hence, the relatively easy path for the passage of gun control in the Golden State.

However, there are limits to what kind of gun control can be passed. This was on display on August 31, 2022 after a new tax on gun sales went down in flames.

Ostensibly, the money from the taxes would be allocated towards gun violence prevention. The bill lacked the 7 votes needed to attain a supermajority for passage in the Senate.

Democratic Assemblyman Marc Levine introduced the bill, which would slap a 10% excise tax on sales of handguns and 11% tax on sales of rifles and shotguns, ammunition, and parts used to assemble firearms.

“Penalizing the lawful for the misdeeds of the unlawful seems misdirected and punitive,” declared Gun Owners of California.

Gun owners in California caught a break for now. This case illustrates that tyranny is not inevitable. Ultimately, the preservation or destruction of our republic will boil down to whether people will be willing to put in the work and stand up against all of Gun Control Inc.’s plots.

In blue states, gun owners will need to exploit the contradictions within the Democratic Party’s factions in order to create conditions of gridlock. Ultimately, such political sleights of hand will give gun owners breathing room and time to regroup. By stalling Gun Control Inc, pro-gun organizations in blue states will buy time to re-mobilize and eventually take back the ground they’ve lost.

No matter how we slice it,  the fight to restore gun rights will be a long, drawn-out affair. It’s best that we start putting in the work now so that we can restore these sacred freedoms within our lifetime.


To stay up to date on all the threats coming from the gun grabbers in Washington and beyond, sign up for email alerts from Pro-Gun News by clicking this link.