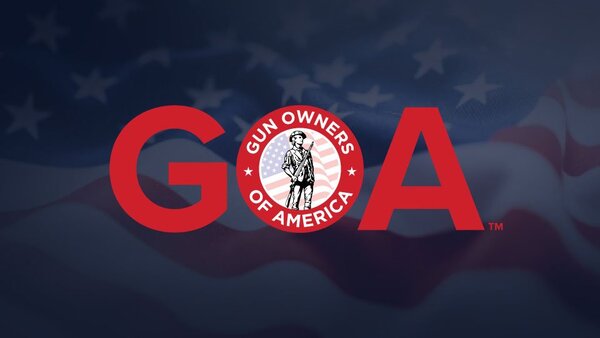 One of the more unfortunate developments in American politics is how many Americans treat federal law enforcement as normal institutions worthy of respect. If the Founding Fathers were still alive, they would be in absolute shock not only about the unconstitutional nature of agencies like the Federal Bureau of Investigation but also how people tolerate the existence of such institutions.

For gun owners, such concerns are of the utmost importance due to the simple fact that the alphabet agencies tend to be the most hostile institutions towards traditional American freedoms such as the right to bear arms.

Organizations like Gun Owners of America (GOA) truly grasp what’s at stake in the post-constitutional order that dots the American political landscape. On September 8, 2022, GOA sent out a letter to Attorney General Merrick Garland and FBI Director Christopher Wray following reports that the FBI had been allegedly using a “secret, unauthorized form to potentially pressure citizens into giving up their right to own or purchase firearms."

In this letter, GOA called attention to the lack of statutory authority for the FBI to use this form. On top of that, GOA is demanding that all records connected to its use be destroyed. Finally, GOA is calling on the FBI to certify this action and confirm that the FBI is no longer using these forms to strip people of their right to bear arms.

This is the latest example of the FBI going around the American people, and their elected representatives, to purse a radical anti-gun agenda. The FBI has imposed a Minority Report system to secretly disarm even more Americans, and this dangerous attitude underscores the failure of NICS and why GOA has opposed the background check system from the beginning. While we hope that those in the administration will act on our demands, we urge Congress to act and ensure that this breach of the public trust is fully corrected and those responsible are held to account.

The entire letter can be accessed here.
Erich Pratt’s op-ed at the Daily Caller detailing the FBI’s latest anti-gun shennaigans can be found here.

GOA should be given their props here. They’ve been a long-time fixture of the no compromise Second Amendment since their founding in 1976.

Unlike mainstream gun organizations, GOA gets the bigger picture issues and is willing to take on various sacred cows such as the FBI. At this point in the game, any Republican that’s not talking about defanging unaccountable agencies like the FBI cannot call himself pro-“Second Amendment”

These institutions function to destroy our freedoms and are occupied by people openly hostile towards the values of the Historic American Nation. It’s time for gun owners to draw a line in the sand and start confronting the Feds.